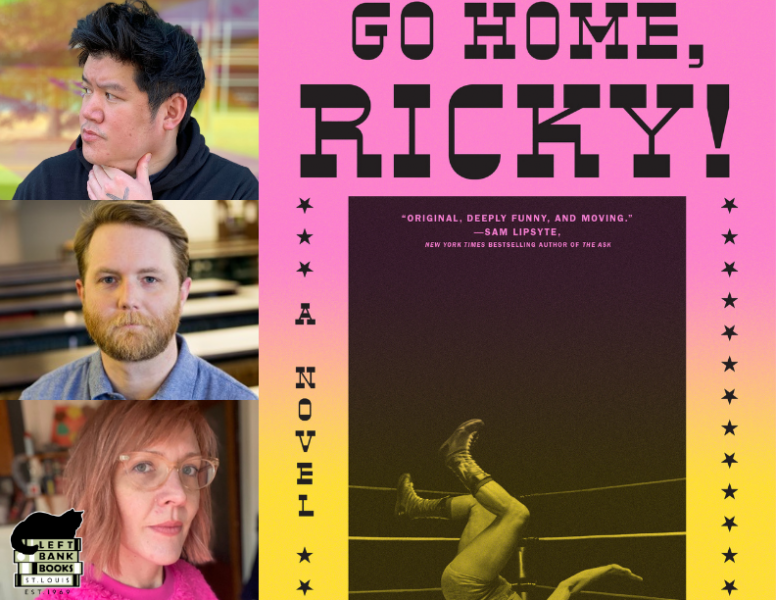 From a rising literary star comes a fresh, satirical novel about masculinity and tenderness, fatherhood and motherhood, set in the world of semi-professional wrestling

After seven years on the semi-pro wrestling circuit, Ricky Twohatchet, a.k.a. Richard Powell, needs one last match before he gets called up to the big leagues. Unlike some wrestlers who only play the stereotype, Ricky believes he comes by his persona honestly--he's half white and half Native American--even if he's never met his father. But the night of the match in Omaha, Nebraska, something askew in their intricate choreography sets him on a course for disaster. He finishes with a neck injury that leaves him in a restrictive brace and a video already going viral: him spewing profanities at his ex-partner, Johnny America. Injury aside, he's out of the league.

Without a routine or identity, Ricky spirals downward, finally setting off to learn about his father, and what he finds will explode everything he knows about who he is--as a man, a friend, a son, a partner, and a wrestler. Go Home, Ricky! is a sometimes-witty, sometimes-heart-wrenching, but always gripping look into the complexities of identity.

"Gene Kwak is a force to be reckoned with. I'm astonished by the way he poses questions of masculinity and racial identity with such a deftness that they appear both subtle and urgent at once. I cannot wait for this novel to find its readers." --Jac Jemc, author of The Grip of It and False Bingo

"Go Home, Ricky! is a rambunctious and constantly surprising novel about wrestling, absent fathers and father figures, and the personas we'll wear on the way to figuring out who we really are. Kwak's sly, big-hearted novel resists easy answers, making Ricky's odyssey all the more satisfying and true." --Gabe Habash, author of Stephen Florida

"Gene Kwak is an enormously talented young writer who has a way of untangling race and masculinity with a lot more humor and originality than any of his contemporaries. Go Home, Ricky! has stayed with me. I can't forget its rhythm and energy." --Catherine Lacey, author of Pew and Certain American States

Rumpus Book Club selection for the month of October

Gene Kwak has published fiction and nonfiction both in print and online in the The Los Angeles Review of Books, The Rumpus, Wigleaf, Redivider, Hobart, Electric Literature, and in the flash anthology Forward: 21st Century Flash Fiction. He teaches at the University of Nebraska Omaha. Go Home, Ricky! is his debut novel.

Alex Higley is the author of the story collection Cardinal, nominated for the PEN/Bingham Prize for Debut Fiction, and the novel Old Open. He co-hosts the I’m a Writer But podcast with Lindsay Hunter. He lives in Illinois.

Lindsay Hunter is the author of four books, most recently the novel Eat Only When You’re Hungry. She lives in Chicago with her family.

All you need to do to participate is log in to your personal Facebook account, go to Left Bank Books' Facebook Live Page, and wait for the livestream to begin on the page (you may need to refresh the page periodically until the stream begins). You may also watch the simulcast on Left Bank's YouTube channel.

Cardinal and Other Stories (Paperback)

Eat Only When You're Hungry: A Novel (Paperback)