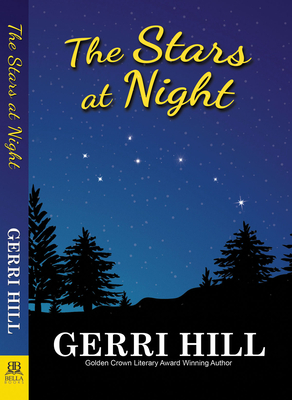 Join the Lesbian Reading Group for a discussion of The Stars at Night by Gerri Hill.

Get The Stars at Night for 20% off by phone and online during the months of September and October!

Self-described city girl Lexie Walton is a million miles from nowhere and completely out of her element.

Park ranger Kyler Clemons had loved the vibe and the beach of Mustang Island. Getting caught with her boss's wife, however, got her transferred to the wild and remote Davis Mountains State Park--literally in the middle of nowhere. Now after four years, she's forgotten about the beach and has embraced the mountain life, feeling like a local. She hangs out at the Cottonwood Creek Bar and Grill. She watches football with Mark Walton. She's taken up birdwatching and stargazing as hobbies. She is perfectly content. No stress. No drama. And no desire to date.

Then Lexie Walton waltzes into her life.

After losing her cushy job in Austin―and unable to find another one―Lexie accepts her parents' offer to join them and her brother in running a rustic lodge and restaurant in the remote Davis Mountains of West Texas. Hesitant to commit to such a drastic move, she agrees to a trial run―two months. Two months would get her through Christmas and the New Year. Her friends thought she was foolish to make such a move. There was no nightlife, no parties, no spin class, and no green smoothies. And no chance of dating. That was a plus, however. After her breakup with Crazy Cathy, she wanted no part of the dating game. This remote area would do nicely.
But then she meets this cute, tree-hugging park ranger who turns her world completely upside down.

The Stars at Night (Paperback)