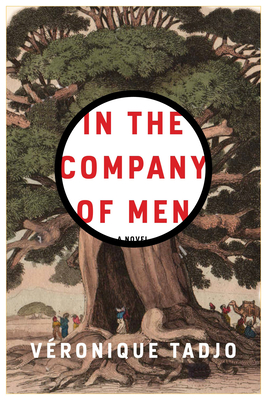 Join Novel Ideas for a reading group discussion of In the Company of Men by Véronique Tadjo.

Get In the Company of Men for 20% off by phone and online during the months of September and October!

BOSTON GLOBE SUMMER READING PICK
NAMED A MOST ANTICIPATED READ OF THE YEAR BY MS. MAGAZINE

Drawing on real accounts of the Ebola outbreak that devastated West Africa, this poignant, timely fable reflects on both the strength and the fragility of life and humanity’s place in the world.

Two boys venture from their village to hunt in a nearby forest, where they shoot down bats with glee, and cook their prey over an open fire. Within a month, they are dead, bodies ravaged by an insidious disease that neither the local healer’s potions nor the medical team’s treatments could cure. Compounding the family’s grief, experts warn against touching the sick. But this caution comes too late: the virus spreads rapidly, and the boys’ father is barely able to send his eldest daughter away for a chance at survival.

In a series of moving snapshots, Véronique Tadjo illustrates the terrible extent of the Ebola epidemic, through the eyes of those affected in myriad ways: the doctor who tirelessly treats patients day after day in a sweltering tent, protected from the virus only by a plastic suit; the student who volunteers to work as a gravedigger while universities are closed, helping the teams overwhelmed by the sheer number of bodies; the grandmother who agrees to take in an orphaned boy cast out of his village for fear of infection. And watching over them all is the ancient and wise Baobab tree, mourning the dire state of the earth yet providing a sense of hope for the future.

Acutely relevant to our times in light of the coronavirus pandemic, In the Company of Men explores critical questions about how we cope with a global crisis and how we can combat fear and prejudice.

In the Company of Men (Paperback)