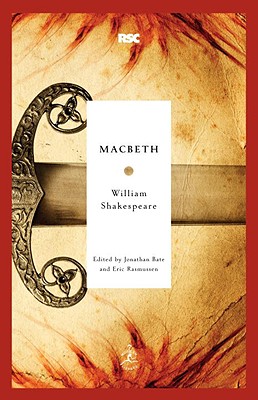 Get  Macbeth for 20% off by phone and online during the months of September and October!

One of Shakespeare’s most popular plays, filled with fierce, violent action, Macbeth is a human drama of ambition, desire, and guilt in a world of blood and darkness, with whispers of the supernatural.

Under the editorial supervision of Jonathan Bate and Eric Rasmussen, two of today’s most accomplished Shakespearean scholars, this Modern Library series incorporates definitive texts and authoritative notes from William Shakespeare: Complete Works. Each play includes an Introduction as well as an overview of Shakespeare’s theatrical career; commentary on past and current productions based on interviews with leading directors, actors, and designers; scene-by-scene analysis; key facts about the work; a chronology of Shakespeare’s life and times; and black-and-white illustrations.

Ideal for students, theater professionals, and general readers, these modern and accessible editions from the Royal Shakespeare Company set a new standard in Shakespearean literature for the twenty-first century.